2020 Updated Information about the best Galapagos Islands facts. Find out the weird, the wonderful, and the viral!

The Galapagos Islands Have 21 Volcanos

The Galapagos Islands have 21 volcanoes. They once surfaced from the Pacific and formed the archipelago. Of these, 13 are active and 8 are dormant or extinct. There have been 60 recorded eruptions since the visit of Charles Darwin in 1835. It makes you wonder how a delicate ecosystem as such – replete with its own microclimate – prevails in such a volatile place! 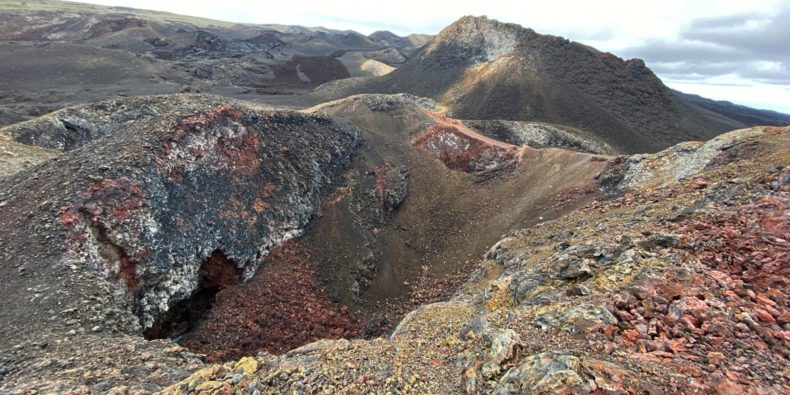 Located in offshore Ecuador, the islands enjoy a peculiar climate throughout the year. In countries such as Ecuador and Peru, there is no traditional “summer” and “winter”, but the rainy season and the dry season. The weather is humid, rainy, and hot from December through May, as this is the ‘rainy’ season (despite not being very rainy). This is the time when you will find Galapagos lush with greenery.

Then comes the dry season that lasts from June through November. The arid weather turns the island into sandy views. Such a temperate climate allows you to enjoy memorable vacations on the islands at any time of the year! 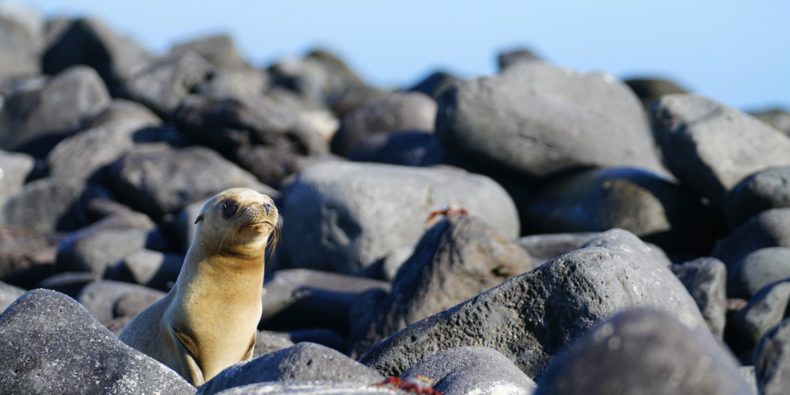 Laying on the northern edge of Nazca Plate, the archipelago is perpetually ferrying eastwards. It is heading towards the Galapagos Hotspot, the volcanic area responsible for the creation of the islands. The hotspot has an interesting tectonic setting. In that, it is a Triple Junction where the Nazca, the Cocos, and the Pacific Plates meet. This is also the reason for the many volcanos on the island. 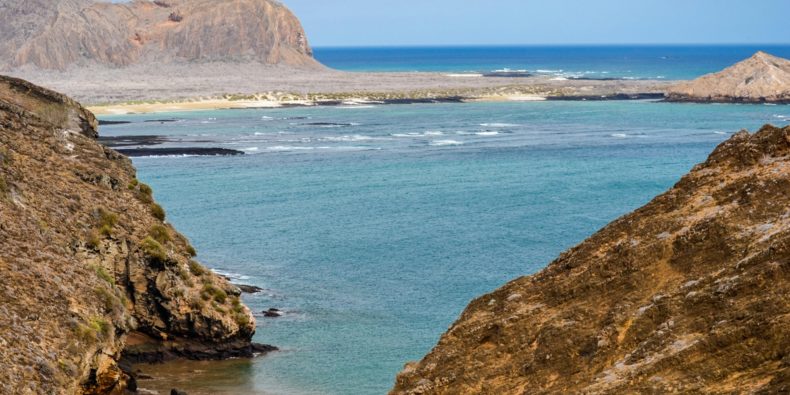 The Islands are Inhabited by Century-Old Giant Tortoises

Giant Tortoises are the most famous resident of the Galapagos Islands. They are known to live for over 100 years on average. One of the world’s oldest tortoises, Harriet, belongs to this very species! The island itself is eponymous with its giant tortoises. The name ‘Galapagos’ is an Old Castilian Spanish word which means ‘riding saddle’, an object that is reminiscent of the hard shell of tortoises. 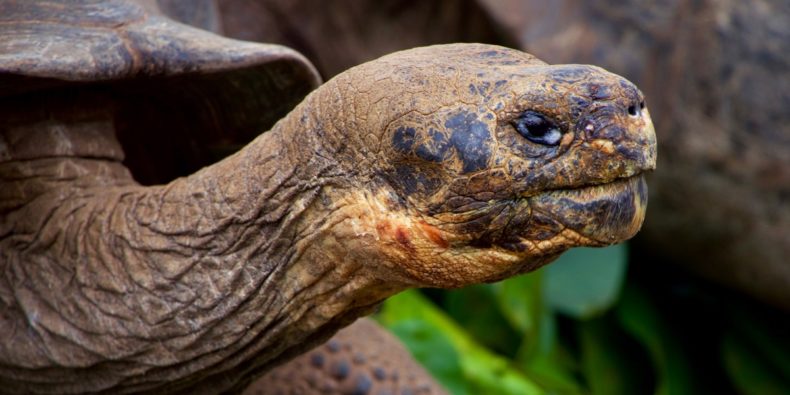 Galapagos archipelago is a cluster of 19 islands. Each island has its own endemic wildlife and surrounding marine reserve. There are species, such as finch, that adapted differently from island to island. This means you will find a different type of finch on each island. This variety in adaptation inspired Charles Darwin’s theory of natural selection. The wildlife continues to evolve in real-time to protect themselves from new threats. 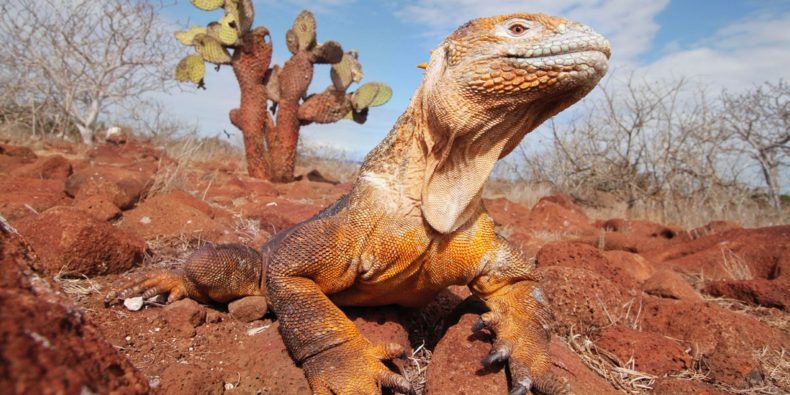 Of all the Galapagos Islands Facts, this is the craziest!

The Galapagos was Used as a Prison Colony

These prison colonies were started shortly after Patrick Watkins had escaped the island. They were approved by the Ecuadorian government and ran until the middle of the 20th century, running on the island Floreana.

Due to varying factors and slightly different climates on each island, their landscapes feature remarkable differences. While the oldest and heaviest islands are slowly sinking in the Pacific, the younger ones are on the rise. This is creating contrasting but equally awe-inspiring panoramic views across the cluster of islands. Some boast forest-enclosed high summits while others feature cacti-dotted barren lava rocks. 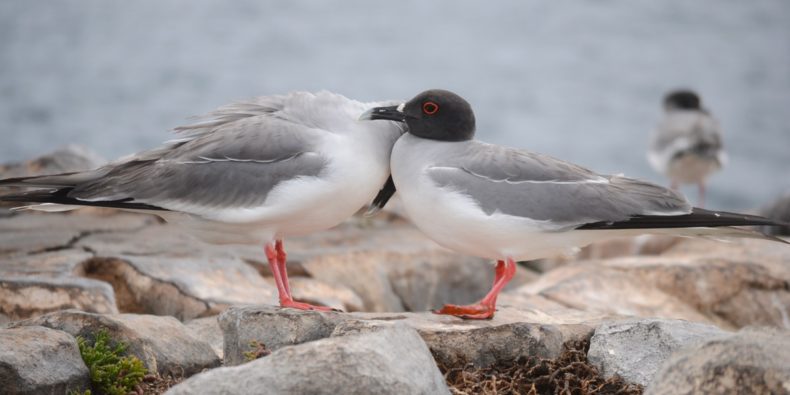 Remember the popular video? It was shot in the Fernandina Island of Galapagos archipelago by David Attenborough. Fernandina Island is the largest and the youngest island of the cluster. The island is just 0.7 million years old. 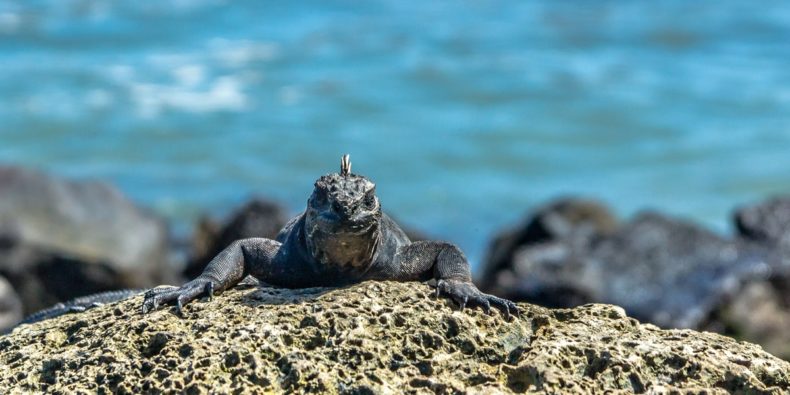 The First Inhabitant of the Islands was an Irishman

Back in 1807, an Irish Sailor named Patrick Watkins crashed his boat on the islands. He then spent 8 years living there, growing vegetables to sell to passing sailors and whalers. He managed to escape after stealing a boat from one of his customers.

The Galapagos Islands are popular and known worldwide for their diverse marine life and picturesque landscapes. They are an eye-popping amalgamation of exotic beaches, turquoise waters, and not-found-elsewhere wildlife. Here you will cross paths with iguanas, flamingos, penguins, and giant tortoises. Traversing Galapagos is truly a one-of-a-kind experience, and again and again, are listed on “must visit” destination lists.