Alausí, Ecuador: Our 2021 detailed guide from how to get there, where to stay, what to do and much much more!

Below, we have created our extensive guide to Alausí based on our expert local knowledge and experience transporting countless people in Ecuador each year

HOW TO GET TO ALAUSÍ

You can get to Alausí by bus from Cuenca or Riobamba because it’s located right between both cities, and the best way to do it is by taking Ecuador Hop.

Alausí is located at 2,340 meters above sea level in a valley surrounded by narrow mountains, therefore the road can be dangerous if it’s not traveled by responsible transportation.

On Ecuador Hop buses, we take all the precautions for you to have a safe experience, while getting to know the real Ecuador.

Ecuador Hop is a unique hop on hop off service that allows travelers to explore all the hidden treasures of the country with total safety and itinerary flexibility.

Check out all of our available passes here.

The most astonishing trip in Alausí is the tour by train through the Nariz del Diablo (Devil’s Nose), named for the dangerously steep hills and the nose-shaped form of the mountain.

The tour starts in Alausí and, as it ascends up the mountain, the road starts to narrow. You are literally at the edge of the abyss. The final station is 12.5 km (2 h 30 min) away and then you travel all the way back.

After a particularly steep climb, the operators change the track and the train starts to descend down the opposite way. The last wagon becomes the first and instead of pulling the train, the motor starts to push it.

During this drop, you’ll experience intense excitement and vertigo. Do you think it sounds a little too crazy? In fact, it’s an extraordinary and completely safe engineering work. At the end of the ride, in the Sibambe station, there’s a small fair of artisanal handicrafts and traditional dance shows. 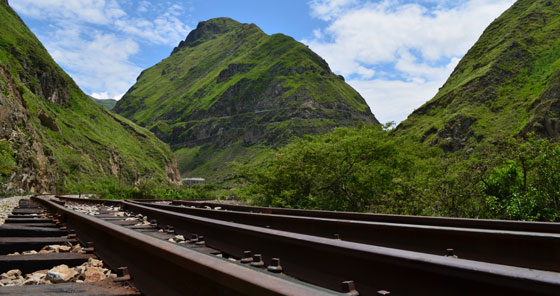 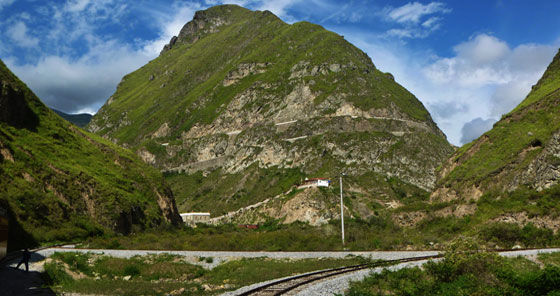 The Lagoons of Ozogoche consist of more than 30 lagoons that form a complete system with an area of 2.19 km2. In Alausí you can coordinate trips to the lagoons with professional guides. 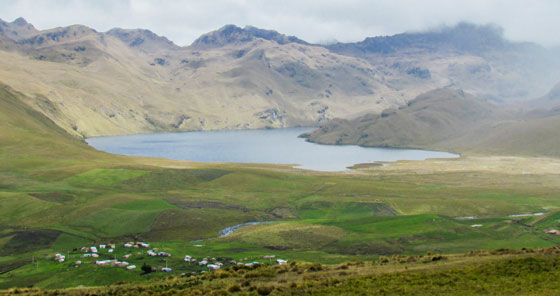 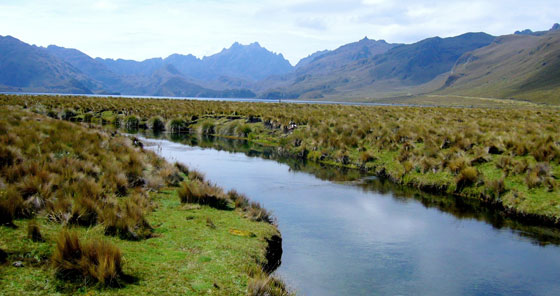 A segment of the Inca Trail (the ancient communication and transportation channel of the Incan Empire that extended across six countries of Latin America) goes through a portion of Alausí, and it can be traveled for approximately three days if you walk from the Achupallas parish. Some tourist operators offer tours of the trail by horse or on foot.

MUST SEE IN ALAUSÍ

HISTORICAL CENTER OF THE CITY

Alausí is built above Andean valley plateaus, which makes the streets a little more steep and the hills more angular (as well as making the air a little thinner). The altitude makes the walk up a little more exhausting, but it’s a beautiful journey you should make.

The historical center of Alausí, declared a National Heritage site, is full of cobblestone streets, traditional balconies full of flowers, and vivid and colorful facades which show off the unique architectural style of the highlands as well as some coastal influences. 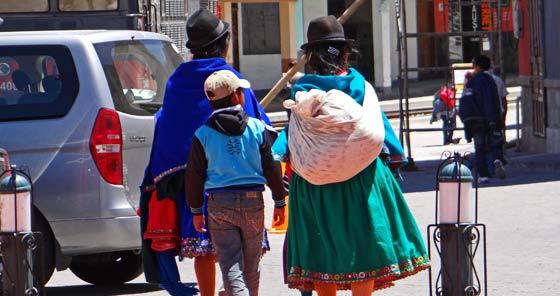 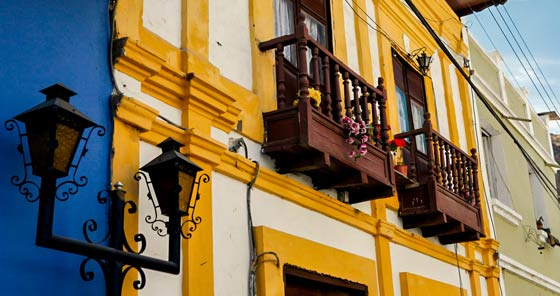 THE VIEWPOINT OF THE KNOLL OF LLUGLLI

Easily recognizable for its gigantic statue of San Pedro, the patron saint of Alausí, this lookout point offers a nice view of the city. The climb can be difficult if you’re not used to the altitude but, if you’ve traveled by bus then you’ve had the chance to acclimatize. Pills for altitude sickness or an infusion of mate de coca may also help. 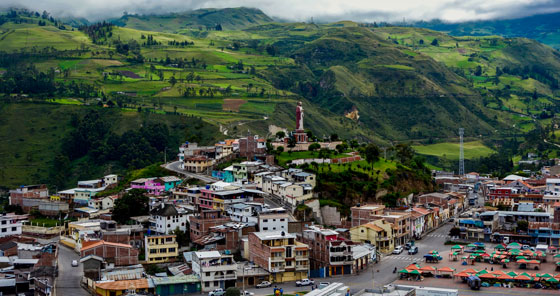 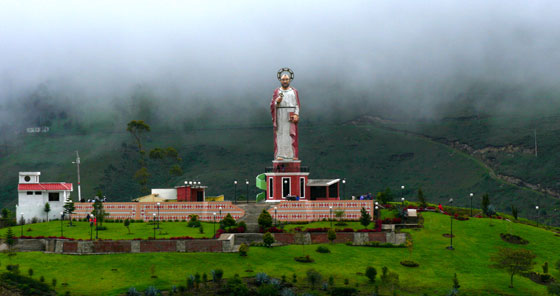 This is a small park in the middle of the city, located right after the train station. On one side, you’ll find the Matriz Church and at the center is the Monument to Freedom. This is a nice place for a relaxing walk. 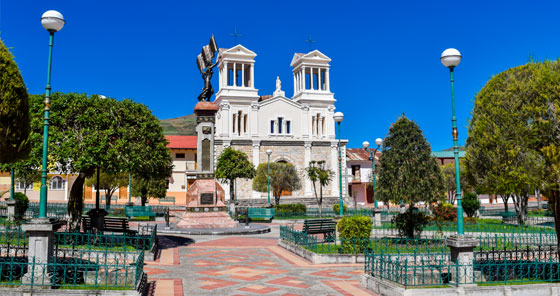 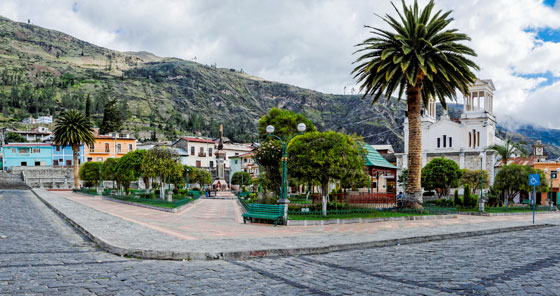 This is another must-see stop on your trip, a chance to see some classic buildings from the early twentieth century as well as the monument to the national hero Eloy Alfaro. It’s also the departure point for trains to the famous Nariz del Diablo. 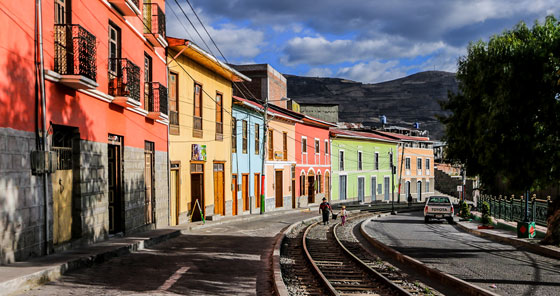 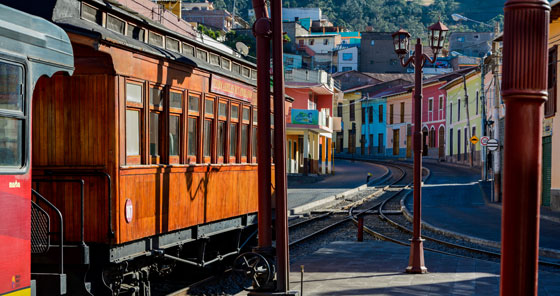 CAVE OF THE VIRGIN

If you are interested in religious monuments, Alausí is also home to the Cave of the Virgin of Lourdes whose marble statue has a twin in Turin, Italy.

The nightlife in Alausí is really calm, with fewer wild parties than in other cities. If you stay in this town, you can go for a drink in the bar of the Hostel La Quinta. For an even more relaxed night, grab a coffee in the Train Station Cafeteria or the Cafeteria La Higuera.

Alausí is a pretty small town, so it’s unlikely you’ll have any security issues. However, like in any tourist destination, we recommend you:

WHERE TO STAY IN ALAUSÍ

Really close to the train station, this ancient colonial house has been remodeled into a hotel. The hostel is looked after by its owners, and the environment is warm and full of antique details. Breakfast is included.

This option is a little further from downtown, but it’s ideal for those who want to spend more time in Alausí. The hostel is large, quiet and surrounded by nature. It has cubicles to work and rooms for special events. 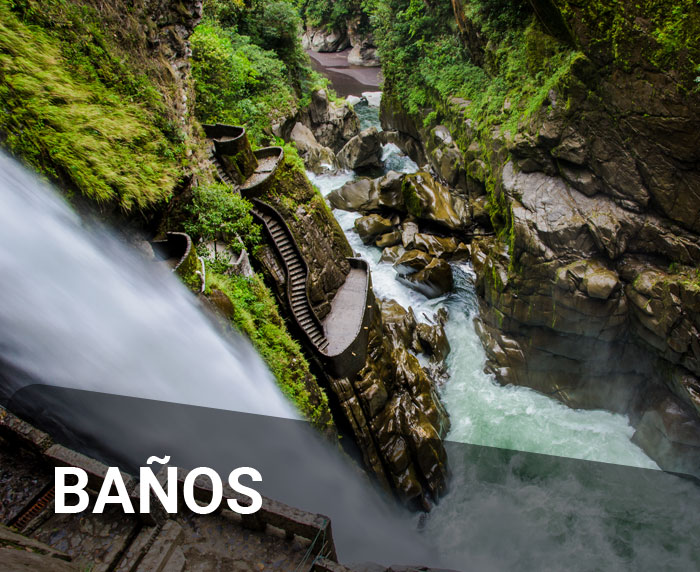 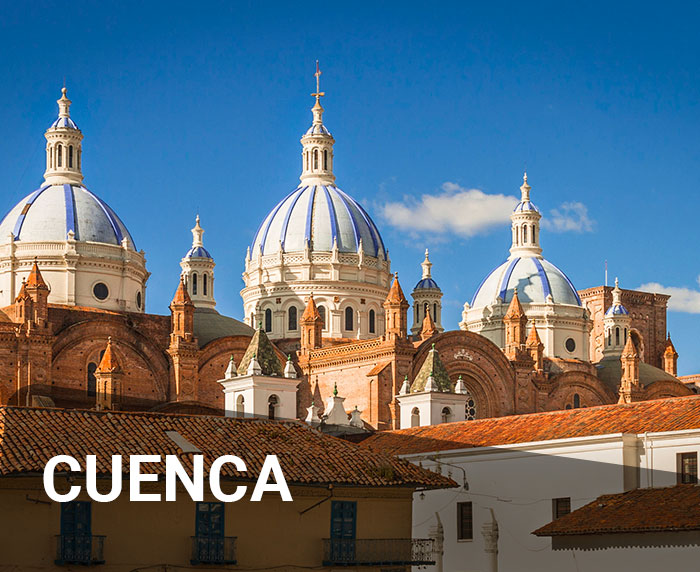 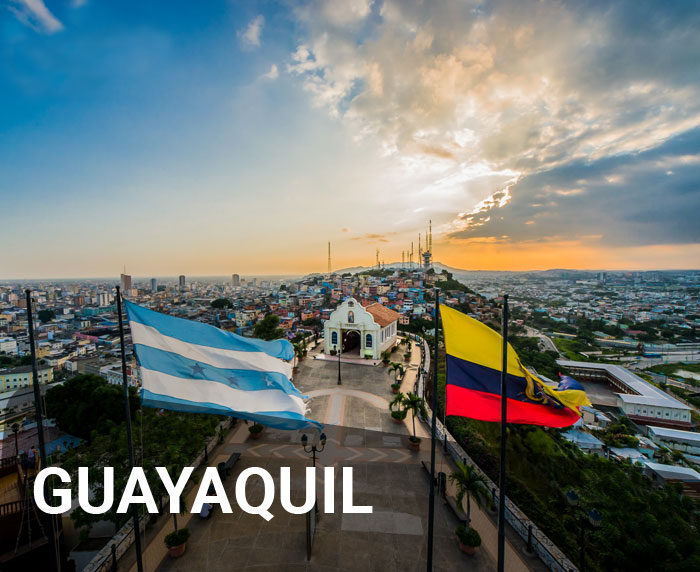 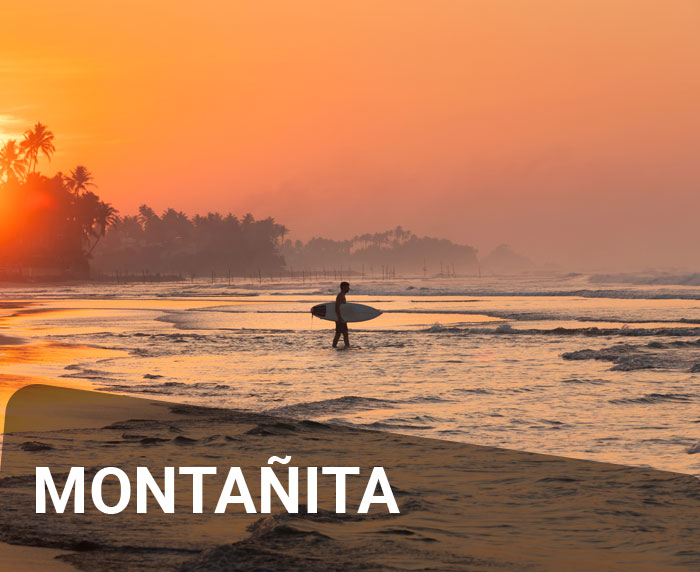 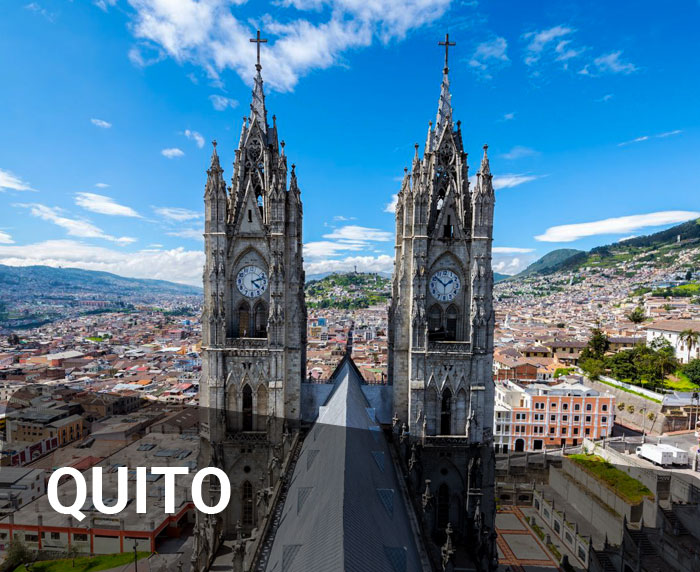 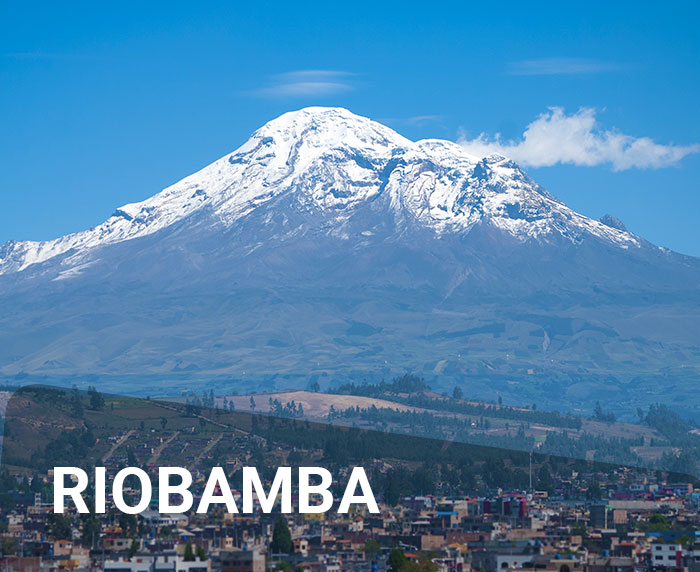