Ecuador: Currency to Take on Your Journey

2020 Updated Information about currency in Ecuador. From where to change your money, to accepted currencies and how it came to be.

It is not particularly difficult to get around Quito, and in general, things are not expensive. Typically, buses within the city are a navy blue color and the fare is 25c for a ride. Pink buses go further out into the edges of the city and cost 40c a journey. To travel around Ecuador itself, visiting the cities, towns and incredible sights that this country has to offer, we recommend taking the Ecuador Hop bus.

What is the Currency of Ecuador?

In Ecuador, the currency used is the US dollar. When traveling to cities such as Baños, Alausí, Montañita and more, it is strongly recommended to travel with the dollar. This is because it can be difficult to find an official currency exchange outside of Quito and you will find that no other currencies are regularly accepted.

Credit cards are accepted in most places, however, you could be stung with an unexpected charge when using your card abroad. Make sure to check this with your card provider before traveling. 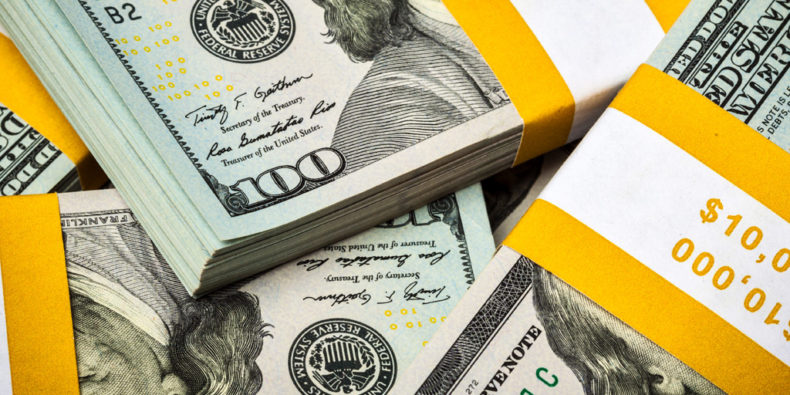 Low-value notes are easier to exchange in smaller neighborhoods of Quito. In larger places, it is easier to exchange foreign currency due to the ease of finding exchange offices and banks. You can also find plenty of ATMs, and many credit cards are accepted in tourist districts and in large hotels.

Why is Ecuador’s Currency the Dollar?

Ecuador adopted the dollar as a currency twenty years ago in order to save the country’s economy. Around 1999 Ecuador was experiencing high levels of inflation and as a consequence, there was an extreme devaluation of the Ecuadorian Sucre, which was the currency at the time. With this change, it was possible for the country to balance the economy and contain inflation.

Although the currency in Ecuador is the US dollar and is more valuable than other currencies in South America, the cost of living in the country is very low. For example, the minimum wage is around $ 400 and the bus fare is $ 0.25. So there is no need to worry if you are putting together your itinerary and budget for Ecuador.

In addition to Ecuador, Panama has also adopted the dollar as its official currency. The reason was for the great movement of the currency used in commercial transactions in order to contain inflation.

The $ 2 bill is a collector’s item in the United States, but in general, it is not used as regular currency. You will not be able to find, or use, this note while you are in Ecuador, so leave them at home. After twenty years, there was no two-dollar bill to be found in Ecuador. 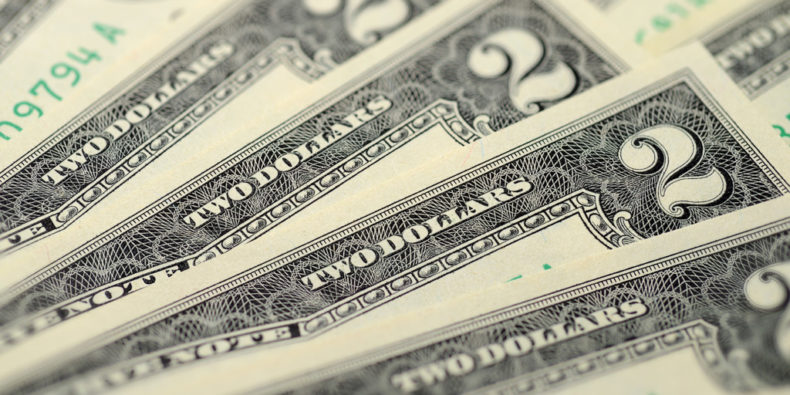 This all changed in 2019. The Central Bank of Ecuador produced and released the banknote in circulation. According to the newspaper “El Universal”, the bill became something of a good luck charm, with people saying that owning one of the bills would bring good luck. Because of this, people were taking the 2 dollar bills and reselling them at twice its original price ($2) or even more.

The prices of things in Ecuador vary according to the city you are visiting. In Quito and Guayaquil things can be a little more expensive than the smaller towns because they are big cities and there are many more tourists visiting. For example, a simple hotel stay costs around 15 dollars and a hotel with a little more luxury could cost 40 dollars per night.

As can be seen, Ecuador uses US dollars, and when you go there it is better to go with the dollars, but if it is not possible to take them, go with reais and change in Quito or Guayaquil, as they are the big cities that have more exchange offices and banks.

Despite the currency being dollars, visiting Ecuador is not expensive, and there are plenty of places to visit, more than just the capital city of Quito. Pick out some flowers in the world famous markets of Cuenca, seek adventure in Baños and surf the days away in Montañita. If you want your money to go further, we recommend taking the Ecuador Hop bus as it has free extra tours and discounts on accommodation in each city.

Reflection: Show your happiness to others, because your joy will infect those around you, remember that you can also be infected.